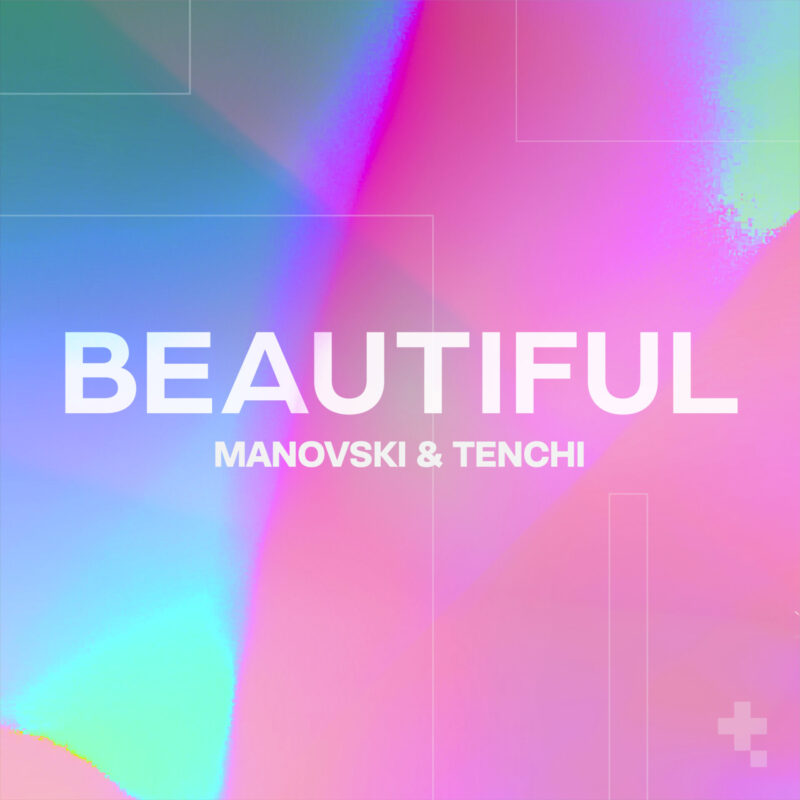 Manovski has been a name rising through the ranks in the producer and songwriter community, catching the eyes of those that matter across the industry. From his own productions such as ‘Where I Belong’, co-writing with artists including Cheat Codes and Meghan Trainor, and co-producing regularly with Sigala on hit records like ‘Just Got Paid’, he now returns to the fore in collaboration with Tenchi for the ‘Beautiful’ sound of the season.

Tenchi, eagle-eyed fans may know, is one half of esteemed duo Sondr, gaining over 150M streams alongside collaborations with Felix Jaehn, VIZE and many more, also lending his production/ songwriting skills to David Guetta, Galantis and Little Mix’s recent chart smash ‘Heartbreak Anthem’. Now, as the pairing of Manovski and Tenchi unite on ‘Beautiful’, the track showcases their collective talents in a blazing form of slick technique.

Commencing with a thumping house beat that sets the tone for an uplifting, ensuing party starter of an anthem, tuned-up synth chords bring a dose of shining, ultraviolet brightness that is destined for crossover success. Bubbling through the melody with rising waves of feel-good tones that wash over the listener, the high-reaching male topline soars “Even when the feelings start to fade / elevating hearts run out of space/ even if we’re just a phase/ you are still beautiful”, to tell an anecdote of acceptance and finding positivity in every situation.

Dominated by a richness of keys that punctuate through the reverbed, processed loops of vocal come the second verse, Manovski and Tenchi’s Midas touch of creating irresistible, unforgettable productions is undeniable and just begs to be listened to on sandy beaches, with a blast of passion, as the sound of the Summer!

Speaking on the production, Tenchi said: “It was a blast to work on this record together with Manovski and Hight (on vocals). Hight and I had an initial idea that we sent over to Manovski, he jumped on it straight away and instantly made it better. After a couple back and forths we ended up going back into the studio together to write the verse part and ended up with what you’re hearing today! It’s super fun to make records with good friends, and I’m in love with the uplifting feel good vibe we landed on!”

Make sure you get your hands on ‘Beautiful’ from Manovski and Tenchi, out August 20th only via Tileyard Music!

The post MULTI-MILLION STREAMED MANOVSKI AND TENCHI LINK UP FOR A ‘BEAUTIFUL’ SUMMER! appeared first on Hammarica.