“Action” is one of the first songs Young Wolf Hatchlings worked on for their upcoming EP, The Little Egg. Created in Los Angeles at Electric Feel Studios on Sunset Boulevard, Young Wolf Hatchlings collaborated with the talented songwriter Jarrad K (Madeon, Weezer, Elohim) who is also the featured vocalist on the song.

Jarrad K’s reflective lyrics set the tone for a deep, inward journey that is carried by Young Wolf Hatchling’s production which includes a footwork style drop, shaping it into a festival anthem sure to get the shufflers going. Live ska reggae guitar licks, digital synth bass, and harp flourishes, the soundscape of “Action” blends the organic and electronic musical worlds.

The official video for “Action” was produced by Castle City Creative – their fifth video collaboration with Young Wolf Hatchlings following the official videos for their previous singles “Run Run”, “Ain’t No City”, “Right Where You Are” and “You Lovely You”.

The concept of the “Action” video was to reflect the lyrical themes of the song by keeping the colour scheme dark. The illustration style uses a neon strobe light stencil theme and combines fast, flowing movement and animation. There are continuous imagery references to the song’s lyrics including an avalanche, yelling faces, snow, and chains breaking, all of which invoke the feeling of action and play directly off Jarrad’s words. 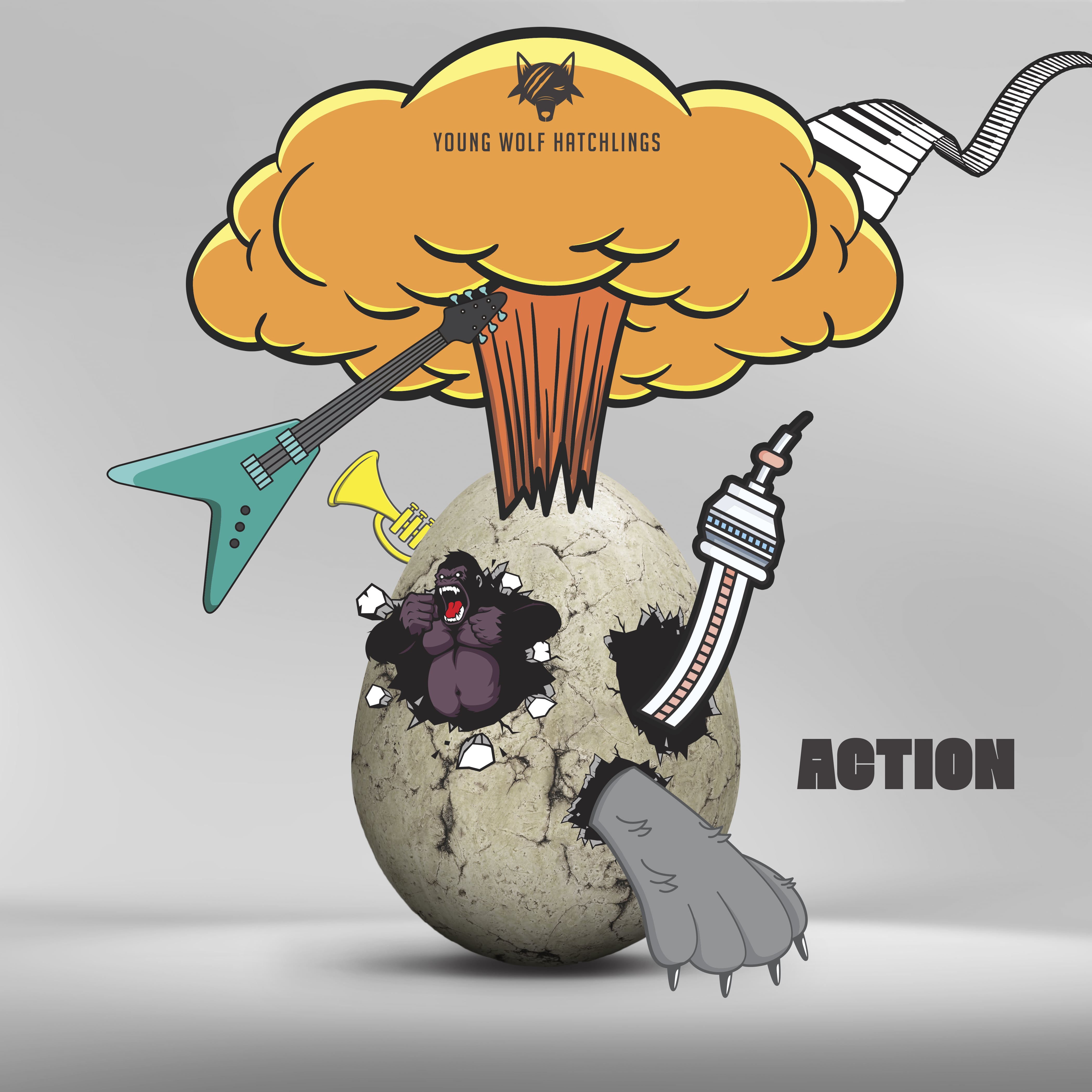 This third single from YWH’s upcoming EP follows the release of “Run Run” feat. BEGINNERS and “Right Where You Are” feat. Horses Heaven, and will be followed by additional singles this summer.

Young Wolf Hatchlings began as part of a team of up-and-coming producers working out of Dream House Studios in Toronto, the studio best known for producing work by The Weeknd, July Talk, Holy Fuck, Young Rival, METZ and many others. The Dream House family took the Hatchlings under their wing, mentoring the talented duo, helping to sharpen their obvious talent and skill. Within a couple of years, Young Wolf Hatchlings released their first single, “You Lovely You”, which garnered them critical praise and their first MMVA nomination. That same year, their collaboration with Fall Out Boy on the single, “Uma Thurman”, reached #1 on iTunes.