Danu5ik is in-demand as a Producer/DJ in his native town London and beyond. In exciting news, he just dropped the new single remix for ‘Quiero Amarte (I Want to Love You), a popular original song from his album ‘Synthonization’.

High-energy, packed with charisma, and wildly skilled as a Producer & DJ, London based Danu5ik’s number of fans are growing every day. Sure to help is his recent announcement of the release of a remix from his last album ‘Synthonization’, the single ‘Quiero Amarte’ (I Want to Love You). This fresh remix of one of his own original songs is already setting dance floors on fire.

“It’s one of my songs I’m most proud and the crowd love its spirit so doing a remix of ‘Quiero Amarte’ (I Want to Love You) was an easy decision to make,” commented the passionate and creative rising club star. “The EDM world gets the message and loves the beat, so what more could I ask for.”

It’s impossible to confuse Danu5ik as a DJ/Producer afraid to taking risks, as hit songs set a mix of a wide-range of styles, over his trademark hypnotic vocals and more than addictive beats.

Early feedback for the new single has been completely positive.

Helen C, from London, recently said in a five-star review, “I go to see Dani5ik every chance I get and it’s wonderful he’s here in London with us. The problem is that he moves crowds so perfectly that I’m worried Ibiza or NYC is going to steal him from us. His album ‘Synthonization’ is also first-class.”

“Quiero Amarte (Remix)” is available across all of the major digital EDM music platforms on December 7th.

Get it on iTunes, Beatport, GooglePlay, Apple Music & Amazon.com

For more information and to stay caught up with his latest news be sure to visit https://www.danu5ik.com. 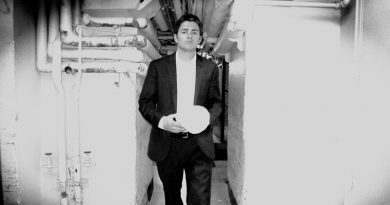 ALIFIC: “It’s more rewarding to be unique than to jump on the bandwagon of what’s popular”