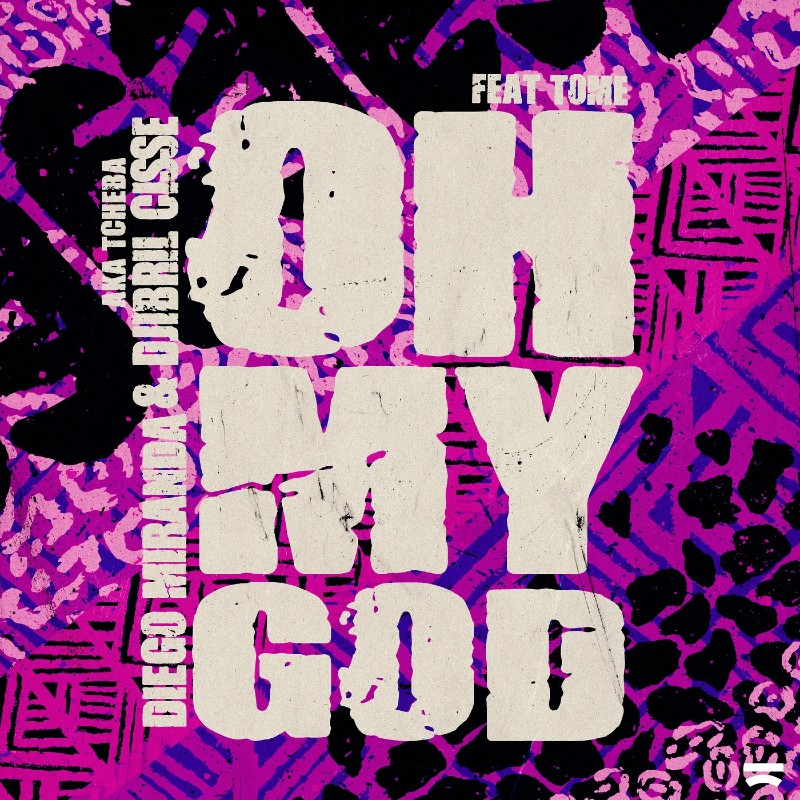 Influential Portuguese producer/DJ Diego Miranda teams up with former footballer and now producer/DJ Djibril Cissé. The pair have called upon TÖME for a rousing afro-house belter titled ‘On My God’.

‘Oh My God’ is filled with rich African spirit thanks to the lovely topline from TÖME, who brings her infectious vocal part to the grooving production. The instrumental flow of ‘Oh My God’ merges a blend of Diego Miranda’s trademark energetic style with Djibril Cissé emerging style of ‘mixed fusion’, which consists of Afro-house mixed with Brazilian bailé funk.

Diego Miranda needs little introduction to the Smash community. An electronic pioneer from Portugal, Diego’s recording career kicked off in 2005 and has since led him to travel the world performing at the most prominent events like Ushuaïa Beach Hotel, Hï Ibiza and Green Valley, and releasing on some dance music’s best labels.

After trading his football boots in for DJ decks, Djibril Cissé’s move into electronic music has been a successful journey thus far, even though his passion for music began in his teenage years but took a sidestep when Cissé decided to pursue his football career.

TÖME has shared the stage with African international music heavyweights, including Wizkid and Burna Boy. A 2021 Juno Award Winning Artist, the Nigerian/French Canadian Singer/Songwriter boasts of a sonic palette as diversified as her multicultural background. Beyond music, TÖME is also a globally recognized actor. Her acting debut as a lead in the short film ‘Love in Transition’ has earned her recognition by the Accolade Global Film Competition USA 2021.